It is only fitting that I am typing my first #MamaisaRunner blog post while hanging out with my two kids before my evening run. I figured it would probably be best to start with how I became a runner.

In 2008, I was on a weight loss journey (about 75 pounds). I was doing strength training 3x a week and going to a cardio kickboxing class 2x a week. I was in the best shape of my life. I decided for the first time ever to try running, and I was surprised to learn I could run! I started running as an add-on exercise, and committed to running a 5k every month for a year. After that year though, I finished my dissertation and moved to Kentucky to become a professor. My first year as a new professor was full of late nights working, late night dinners at the local Mexican place, very little running, and lots of weight gain. My brief time running had essentially come to an end, with a brief run here and there. Here's a photo of my Halloween 5k pre-kids. 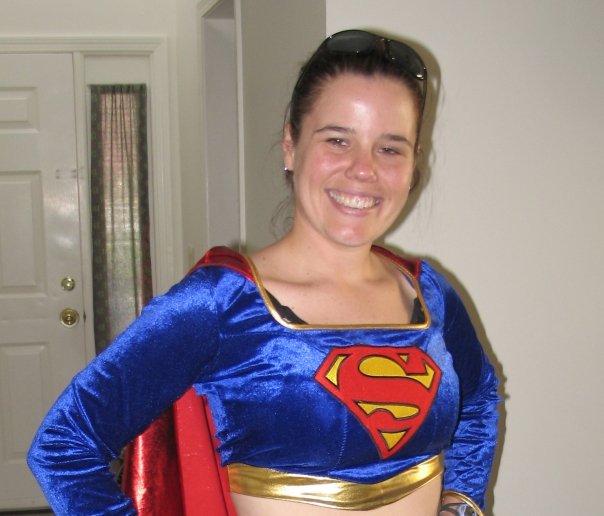 In 2012, my husband Jon and I had our first child. Caleb Alexander Adelson was born on March 18. For Mother's Day the next year, Caleb and Jon gave me a Bob running stroller. I did a Couch to 5k app on my own and then with the jogging stroller. I was frustrated that I was so far from where I had been years before with my running. I did some running, but I didn't race or keep up with the running regularly.

In 2013, I was pregnant again and took up lots of strength training. One day, I'll blog about my daughter's birthday. On July 4, 2014, Zoe Isabella Adelson was born just hours after I was flipping and throwing tires! I was determined to maintain my commitment to fitness and being healthy after she was born.

With two kids, I decided that if Jon had to stay home with one kid, he might as well stay home with both and that running would be my time. In Fall, 2015, I decided to join the Fleet Feet No Boundaries 5k program. Jon and I talked a lot about it and agreed that we were making a family commitment for me to run from Fleet Feet every Wednesday night and Saturday morning and to run on my own on Monday nights. I also gave myself permission that this was a reset - no more comparing to my brief running experience before becoming a professor, and more importantly, a mother. I cannot say enough about the NoBo program. It gave me a community of support, encouragement, and accountability. On October 3, 2015, I ran the Highland Cup 5k, my first race as a mother. Jon, Caleb, and Zoe were there at the finish line to cheer me on. I committed then to run a 5k every month to keep on running. During Christmas break, though, my friend from NoBo, Maizie, and I decided we loved the group training and didn't want to lose that community we have gained, and we signed up for the Fleet Feet Louisville Distance Project (LDP). I really had not had an intention to run a half marathon before that moment, but I was going to do it!

It's almost 2 years now since I joined NoBo. I've now run 5 half marathons, and I'm training for a full marathon! I love when a race also has a kids' race. Here's a pic of me and Caleb after my first double-digit race and his kids' race - the Papa Johns 10 Miler 2016. 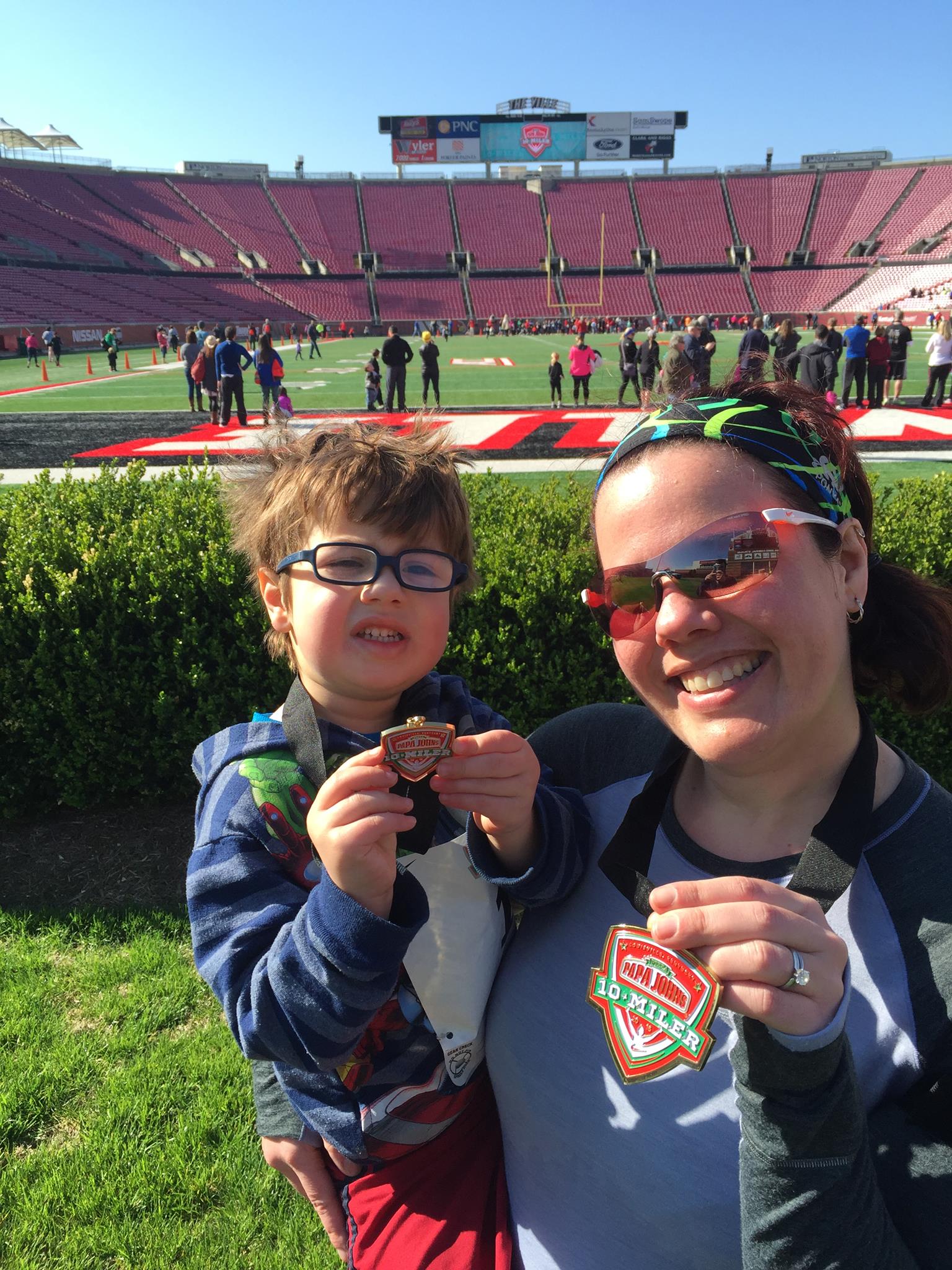 I have continued to run at least one race a month. Here is a list of the races I've run:

More to come about running, parenting, and my latest adventure - training for a full marathon! And, for fun, a pic of my Disney half marathon, my 3rd half marthon. 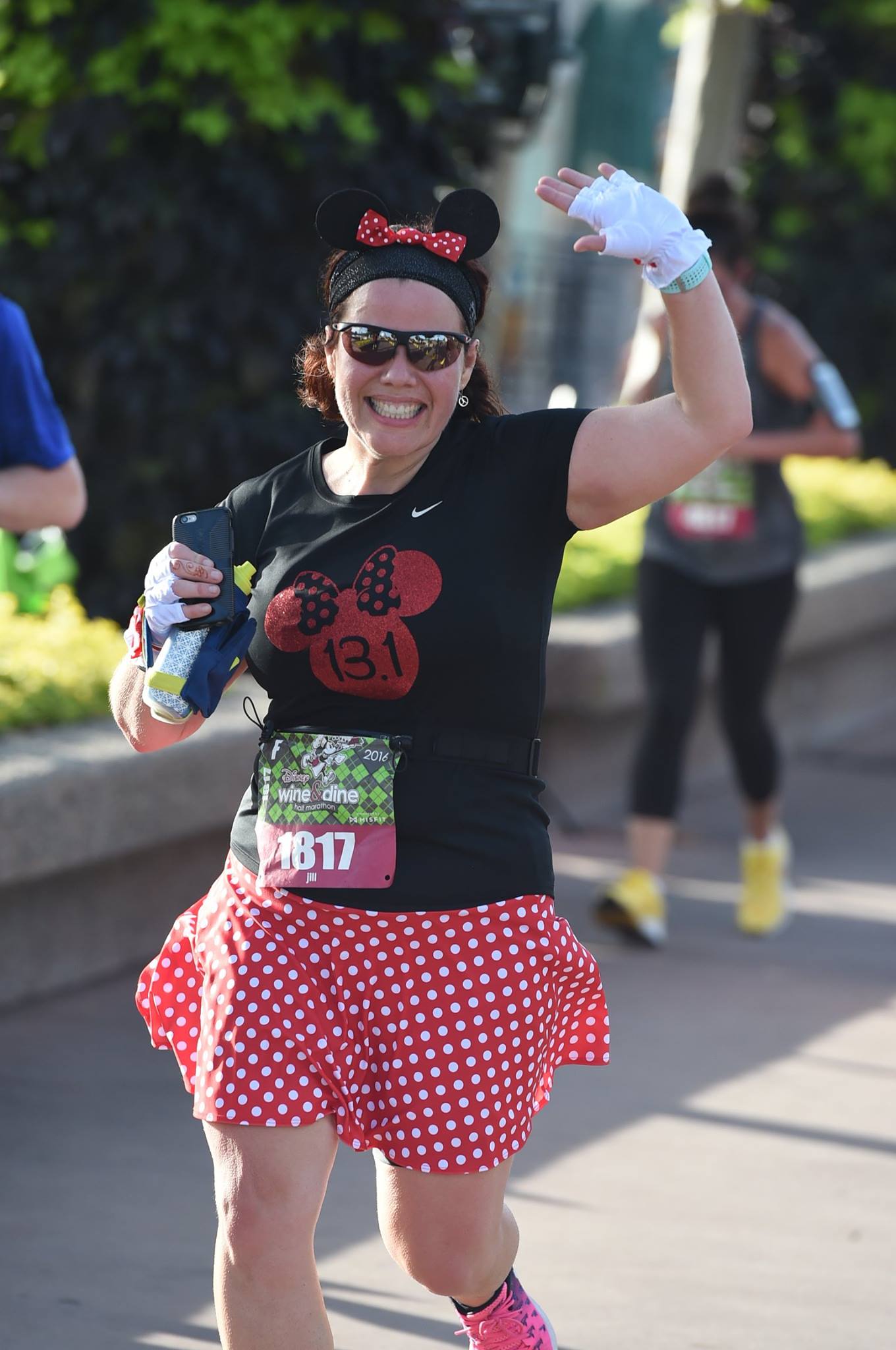