Tonight I ran the Iroquois Hill Runners Toys for Tots Poker 5k. Coincidentally, when I ran this race last year, it was a special race then as well. Last year, I had planned to race while my family played on the playground. However, my son was having a tough afternoon, and we decided he needed some down time at home. I chose to race pushing my 2-year-old, 30-pound daughter in the jogging stroller. Running is my "me" time and the stroller can sometimes mess with my hips, so I don't often run with the stroller and it's the only race I've ever done with the stroller. Zoe had a blast, although she was anxious for her banana at the end of the race and wanted me to run faster. For those not from Louisville, Iroquois is a very hilly park. Pushing the stroller up those hills was no joke - it is so hard to run up hills without using your arms! And then you have to hold the stroller back going down hill. A good friend, Jennifer U., ran with me and Zoe the entire race and encouraged me. I ran the entire 3.1 miles and declared it the toughest race I had ever run.

Back to this year...

The first reason that the run was more than a run is that I had the opportunity to see how generous my children are thanks to this run. The kids and I talk a lot about my running and about the different races I run. (At dinner the other night, Caleb asked if two half marathons equals the same distance as a full marathon - a proud math teacher mommy moment.) We had talked about this being a Toys for Tots run and what Toys for Tots is. The kids have been very into money lately. They got a lot of coins from my parents while we were visiting them and have been playing with them and keeping them in piggy banks. Completely on their own, my kids decided they wanted to give some of their precious money to kids who do not have many toys. They opened up their piggy banks and put money into baggies for me to take and donate on their behalf. Caleb has realized the value of different coins, and he intentionally picked out some of each type of coin and counted up his money and kept adding to make sure he had at least a dollar in his baggy. My heart was full at this learning opportunity for my children and this opportunity for me to see their generous hearts in action. 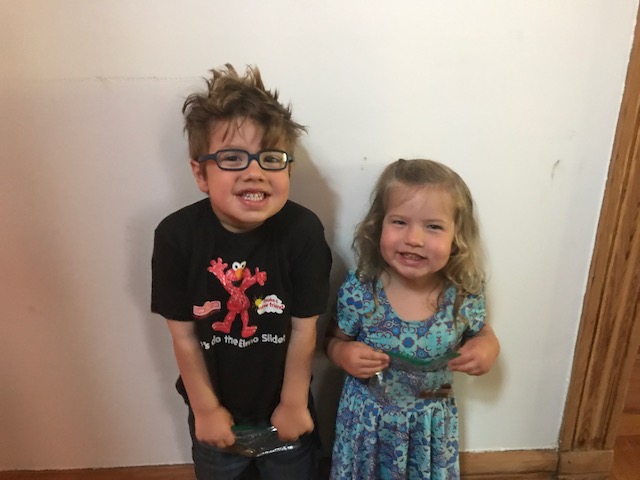 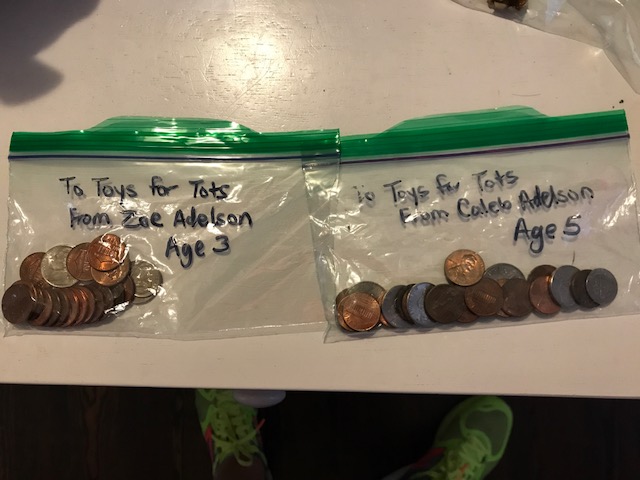 Another reason that today's run was more than a run - My good friend, awesome running partner, and amazing mother and wife, Cristin, had a tough week last week while I was out of town. We haven't had an opportunity to run together in a while. I had suggested we run this race together, and of course, that we be matching. Tonight, we were matching from head to toe - 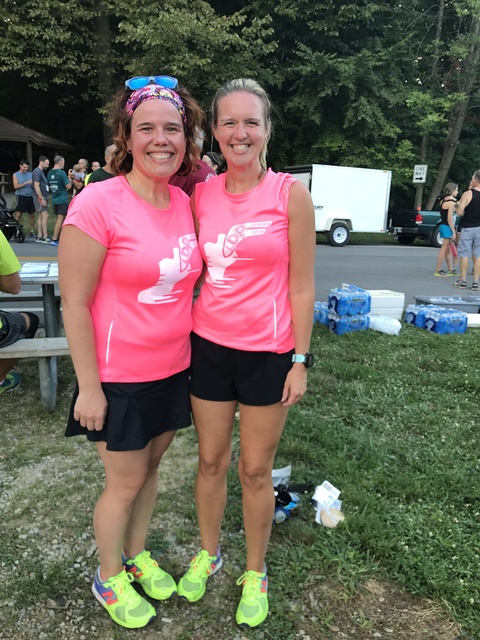 We talked about taking it easy, especially because we both ran last night and then we ran inclines on the treadmill at Orange Theory Fitness this morning, but I knew deep down that there is no "easy" when Cristin and I run a race together. It felt great to put on my racing flats. They're so much lighter than my long run shoes! And it felt great knowing I was only running 3.1 miles tonight (even if I already ran 3 miles this morning). Cristin and I ran hard and strong, chatting as we ran (when I wasn't breathless and focused on some of the steep, long hills). I PRed the course by about 4 minutes. But it wasn't about my time. Tonight was about friendship and having fun and enjoying running, which we did. Bonus was that I ran fast and hard and was reminded how strong I am.

It was extra special tonight because not only did Cristin and I represent Fleet Feet Louisville, but we also had the opportunity to hang out with some really awesome women from the Fleet Feet family. These women are so much fun, super kind, and always willing to provide advice and encouragement. It was a fun night hanging out together. 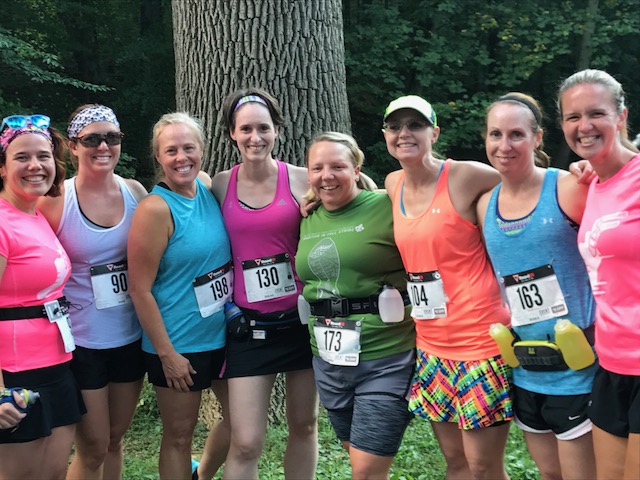 Such a special night today, and so much more than a run! Exactly what was needed during marathon training, when things can be serious - the positive, fun, strong night I needed before moving into "longest run ever" territory!Tonight we ran for fun, we ran for friendship, and we ran for charity.

Also, all summer races should end with freeze pops (and yes, it wasn't planned, but even our freeze pops are matching) :) 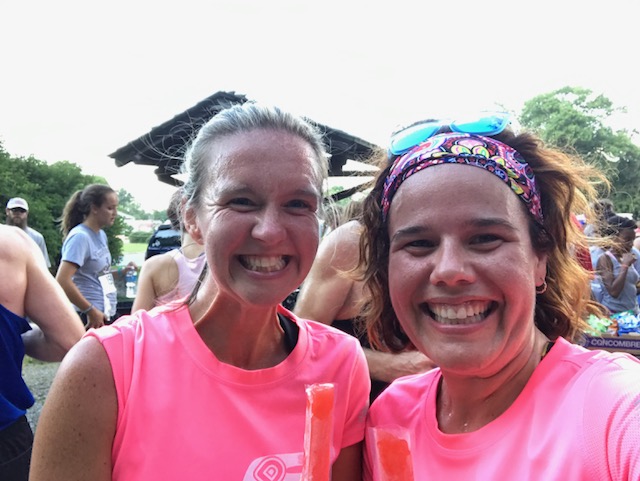 My 37th revolution around the sun has come to an end. At 36, I ran my first half marathon (Kentucky Derby Festival). At 37, I ran 4 half marathons (Urban Bourbon, Disney Wine & Dine, Run the Bluegrass, and Flying Pig). I also ran